We are a mask-friendly campus. Learn what that means for you.
Stay Connected
Sandy Cove Blog
4 years ago

Because I believe so strongly in Jesus's power to heal, I'm going to take what feels like a risk and share a personal story with you. I do it only to bear witness to what I've experienced and to magnify the greatness of God. As a former pastor who has been at the bedside of many who were sick or dying, I realize that not all suffering, sickness, or disease is met with the same immediacy. Sometimes God heals us over time through the thoughtful care of a physician. Other times He takes us home, so that our healing can be complete. It is wise to leave the outcomes in His capable hands and rest in the assurance that He is with us through every season of our lives.


In late 2007 I was as sick as I'd ever been, suffering the effects of a malfunctioning parathyroid gland, wondering if my upcoming surgery would be successful or just another misstep in what had become a three-year long quest to cure whatever it was that ailed me. I felt completely crushed, overwhelmed by the circumstances that I found myself in, and curious, to say the least, if I had done something to warrant or deserve the tumor that was discovered growing inside me. It was one of the most desolate periods of my life, a season of unrelenting doubt and despair. God seemed distant, unconcerned, even unreal. Needless to say, just weeks before my surgery, my faith was at an all-time low.


It was during that time that I lost most of the hearing in my right ear, and I felt like things had suddenly gone from bad to worse. My doctor couldn't explain it. The specialist I was seeing couldn't explain it. Not even my wife or mother could explain it. My body was just going haywire. At that point, I decided to pick up the phone and call my best friend, George, who lives in Zambia.


When I called George that day I explained to him what was going on, how I had lost most of the hearing in my right ear, and how my faith had taken a nosedive. I was tired, struggling, frustrated. George suggested that we pray. As George was praying for my hearing to be restored and my faith to be renewed, I heard the loudest pop in my right ear, like a backfiring car had just driven by. I stopped George mid-prayer and said, “George, I can hear! I can hear! I can hear!”


I couldn't believe what had just happened to me. I was in awe. I knew that God healed people — I believed it — but until that day I had never experienced such a miraculous intervention in my own life. Not only was my hearing restored in dramatic fashion, but my faith soared as I considered the significance of what had taken place. More than ten years later, and tears still fall when I think about what God did for me.


I share this story with you only as an encouragement to pursue God in the midst of suffering. And if you can't cry out to Him, let a friend do it for you. As George reminded me that day, we are in relationship with a God who heals, comforts, encourages, and gives grace when it's needed the most. We leave the outcomes in His capable hands, knowing that He never leaves or forsakes us. 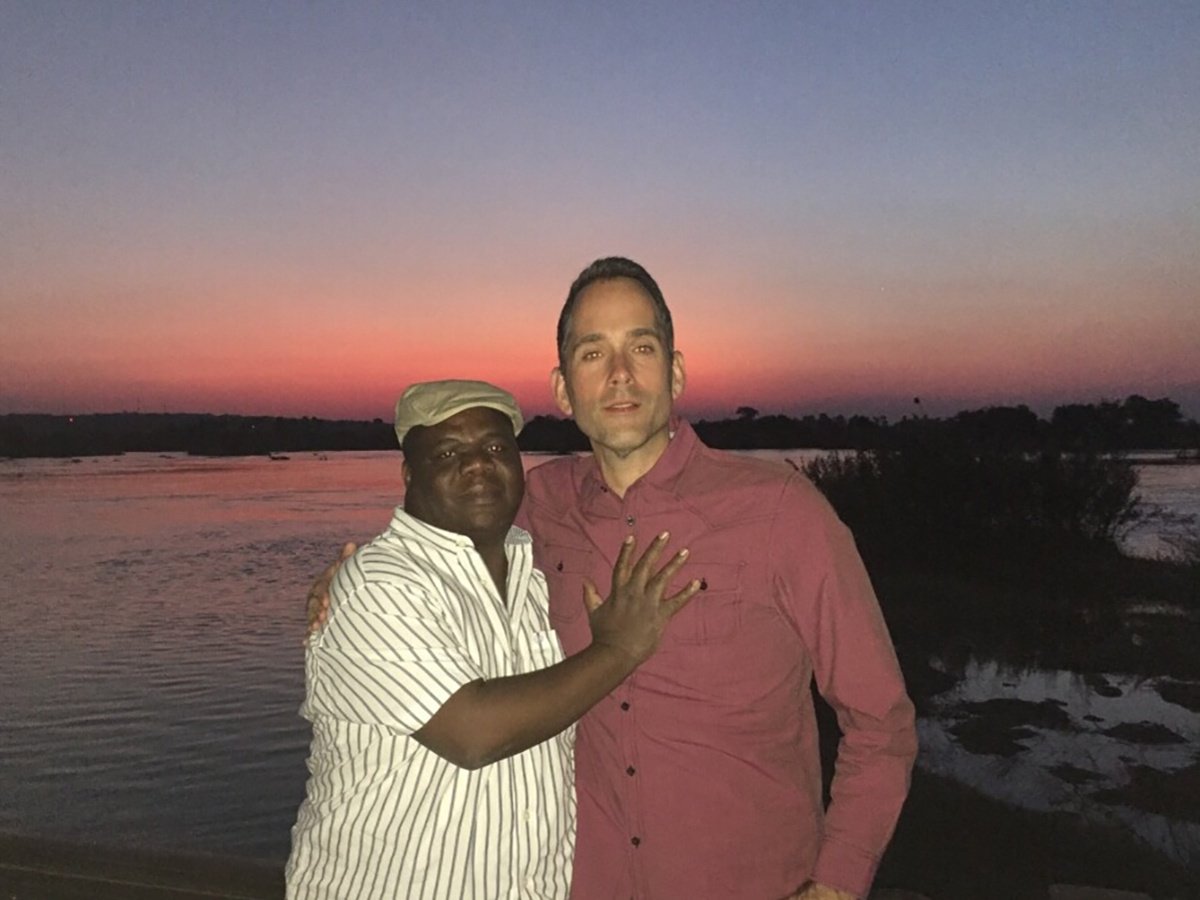 A rare picture of George and me, taken in his homeland, Zambia, in July 2016.

« Where Miracles Occur View All Every Story Has a Hero »