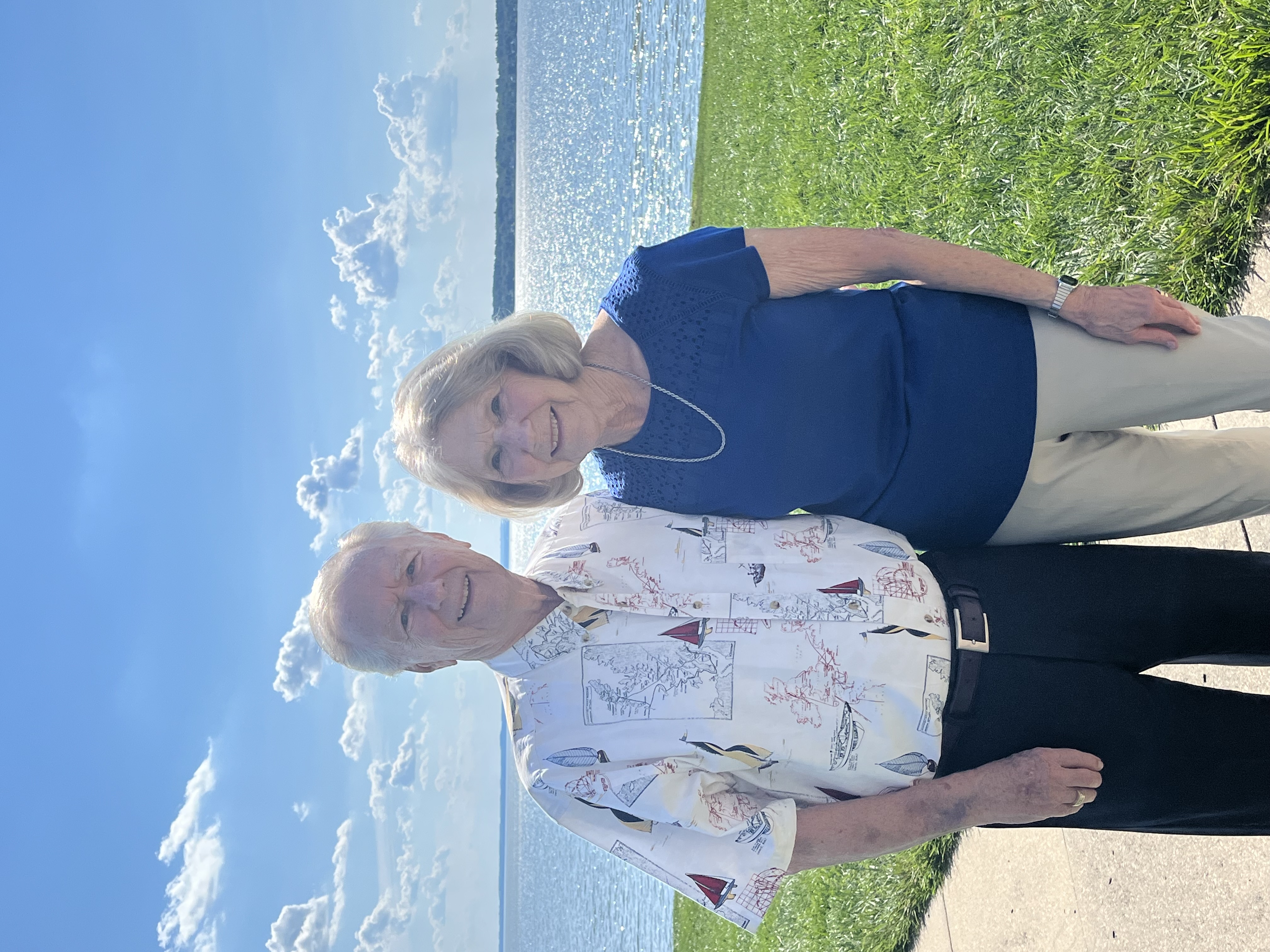 Once a month, Neil Fichthorn hosts a Zoom call with more than a dozen former Sandy Cove staff members. Many of them were musicians and singers who performed under Neil’s direction at the height of the ministry’s storied summer concerts.

Nearly 50 years later, the memories and ongoing connections are powerful to Neil, whose career with the ministry spanned almost 30 years, including 10 as president.

“When we were in our heyday here, 800 people on a Saturday evening would not be unusual. We had a 40-voice choir and 10-piece brass ensemble and we did a new concert every week,” he remembers.

Before the lodge was constructed and Sandy Cove became a year-round ministry, the Summer Bible Conference drew crowds from the Lancaster and Philadelphia areas, as well as Southern New Jersey and eastern Maryland. Families would descend on Sandy Cove to hear popular Christian speakers like Phil Tuttle, Dr. Tony Evans, or RC Sproul.

With a rotation of speakers in the morning and evening, the summer staff pulled double duty, working behind the scenes in the kitchen or on the grounds and then performing throughout the week at the services — plus a new concert every weekend.

Workdays were long and hot, laughs Neil. “The guests came knowing they would be soaked in sweat without air conditioning in the tabernacle. One gentleman told me he’d never been hotter in his life. But they came.”

In 1970, Neil was offered the position of Director of Public Relations, where he leveraged his music connections and choir-directing talents in a marketing strategy that brought new crowds to Sandy Cove.

“I set up concerts in many cities within driving range of Sandy Cove.” He gathered church choirs and trained them for concerts, performing at the Academy of Music in Philadelphia, Pennsylvania, Heinz Hall for the Performing Arts in Pittsburgh, the Ocean City Tabernacle in New Jersey, The Lyric Performing Arts Center in Baltimore, Maryland, and even Havre de Grace High school just a short distance away.

And the thousands who came went home with Sandy Cove literature.

But his biggest coup was when he partnered with Grand Rapids of the Bible and Music (GRSBM) and famed composer John W. Peterson for a rendition of his very popular Christmas cantata, Night of Miracles.

Neil trained a 220-voice choir and brass ensemble consisting of choir members from well-known churches in the area and the singers went back to their churches and sold tickets for $1 each. There were approximately 8,000 in attendance at the Philadelphia Convention Hall, he says.

“Dr. Palmer thought he’d died and gone to heaven,” laughs Neil, who later became Sandy Cove’s President in 1990, where he served for another decade.

Today Neil and his wife Mary Esther return annually as guests of Family Camp and Classic Weekend, and he admits he has to adjust his thinking when he arrives. “When I was here it was a Bible Conference. Now it’s Family Camp and the difference is huge.

“But everything has its time. In the 70s and 80s and into the 90s it was Bible Conference time, but the world was changing around us.”

Family Camp offers a place where families can unite, spend quality time together, and reconnect, he says. And when he’s ready for a dose of nostalgia, he connects with his Bible Conference alumni via Zoom.

“At least once a month I get a card or an email from people who were on my staff,” says Neil, who adds that his greatest satisfaction was the caliber of people he worked with – from the soloists to the instrumental musicians.

“They don’t remember the 12 to 14-hour workdays. They just remember the camaraderie. Many are still very close friends after all of these years, and they love to reminisce!”

View All Group Reservation? Here’s Why You Need a Rooming List »