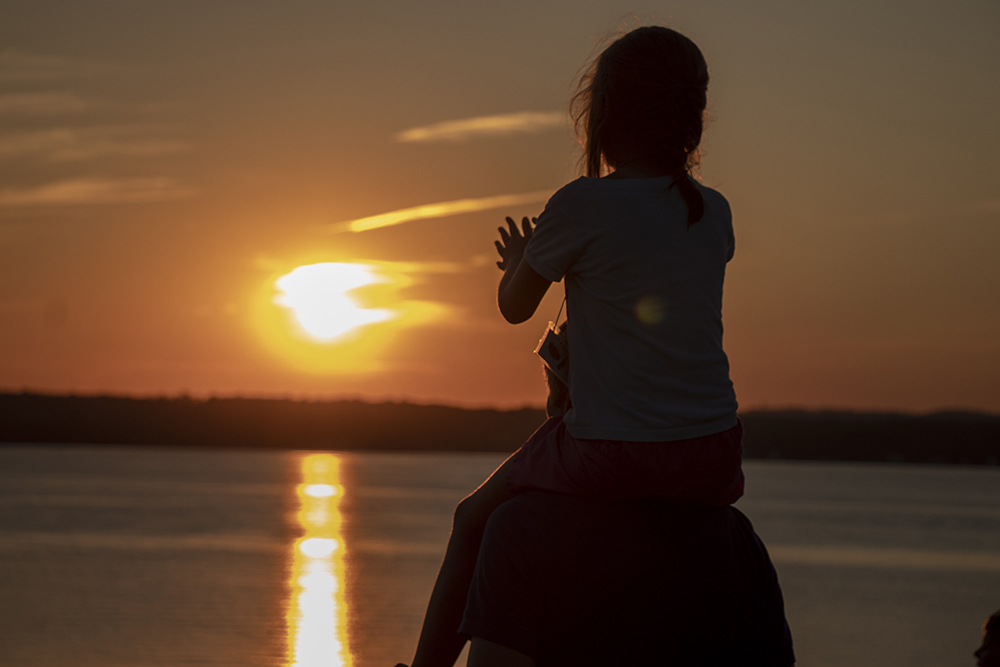 It’s possible that Aunt Becky from Full House might spend more time in prison because of bad parenting than O.J. spent for killing Nicole and Ron.

As if the news couldn’t get crazier, Russian meddling, Boeing jets crashing, and Facebook going down all took a back seat in the headlines this week as the government revealed indictments based on "Operation Varsity Blues." Parents paid bribes to colleges in order to make their children look like prized athletic recruits, to fix grades, and to cheat on tests. They attempted to give their kids opportunities which the children did not earn or deserve.

Many articles have been written on the scandal, (here is a good one) but not many have talked about the issue from a parenting perspective. In short, many wealthy moms and dads now face the possibility of prison because they confused their roles as parents. With good intentions, they made the mistakes many of us make regarding our children, and in so doing, hurt their kids and themselves.

The Greatest Challenge of Parenting

“What’s theirs?”
Had the parents caught in this scandal simply asked, and properly answered, that basic question, all of this would not have happened. One main failure in this situation is parents attempting to do things for their children which should not have been done. They were taking responsibility away from their kids and putting it on themselves. Assuming they were helping their children, they actually damaged them.

This occurred because the parents failed to recognize and respect what responsibilities belonged to their children. Anytime we take on what rightly belongs to others, chaos ensues.

One of the hardest jobs as parents is to recognize that some choices are not ours to make. Imagine two columns. Column one is titled “What’s mine?” Column two is titled “What’s theirs?” In each column, things are listed. As a parent, I have certain responsibilities which are solely mine. Yet, some things don’t belong to me. They are under the responsibility of my children.

Every day, as our children grow, we are moving items from column one to column two. As they mature, we control less and less of their lives. Our task is to empower them to make wise decisions, learn to deal with the consequences, and navigate challenges as life takes many twists and turns.

Yet this is difficult to do. The older our children get, the more significant their decisions. Long before their minds are mature enough to make wise choices, the consequences of bad choices can be devastating. So parents are tempted to take responsibility for what should be the charge of their children. We take “what’s theirs” and put it into the “what’s mine” category.

This feels like good parenting. It seems as though we are protecting our children, saving them from poor choices, and preparing them for their future. Sadly, bad parenting often masquerades as good parenting.

The truth is that every time we take ownership of what should be the responsibility of our children, we are injuring them. We are stunting their growth, confusing them on the realities of life, and training them to depend on us rather than themselves. (See: The Source of Most Inner Turmoil)

What feels like common-sense love can actually be a form of harm for our children. We don’t mean for it to be. Bad parenting isn’t always a sign of a bad heart. Good people often make bad parenting choices. We do so with the best of intentions, but we often have the worst of outcomes.

When making choices regarding our children, we must ask a key question: Whose responsibility is this? Far more often than we realize, the issues we want to take action on are actually the responsibility of our children. The older they get, the more we must allow our kids to take responsibility for what is rightly theirs. (See: The First Step to Effective Parenting)

We must make better choices. When my kids were little, nearly every issue was under my control. But with each day that passes, I must recognize that more and more things are becoming their responsibility. I used to dictate when they slept and ate. It was my decision regarding what they did and who they were around. But slowly things are changing. If I fail to recognize what should be theirs, I’ll be very tempted to take responsibility for things which do not belong to me.

The college cheating scandal is a prime example of parents owning things which did not belong to them. A parent has every right to set an expectation for education, to provide opportunities for success, and to walk alongside their kids as the kids make choices. But no parent has a right to give their child an opportunity which they do not deserve. They should not lie, cheat, steal, or manipulate in the name of love. It is a failure of parenting (and love) to remove the consequences of our children’s choices from their lives. If the children failed to study in a way that would get the necessary grades, the parents should not cheat. If the student does not have the cognitive skill to gain entrance to a university, the parent shouldn’t pull strings. Getting into college, making a grade, and taking a test are all things which solely belong in the “what’s theirs” category. Any parent who puts that in the “what’s mine” category has failed.

Years ago, Jenny and I were at a party with Lori Loughlin. Growing up, I knew her as Aunt Becky from the TV show Full House. My daughter idolizes her from old reruns of the show. During that night, I watched as she lovingly and patiently interacted with fans. She seemed very kind and genuine. She’s not a bad person. Her decisions are understandable. Every good parent has made a similar mistake as her. While my choices haven’t been illegal, I have regularly attempted to rescue my children from the choices they have made. It feels right in the moment, but it is wrong in the long haul. Sadly, Loughlin is now in serious trouble. But it’s not her daughter’s fault. Loughlin’s actions are 100% in her “what’s mine” category. As she takes responsibility for her actions, she will model something important for her daughter–choices have consequences, choose wisely.

Join Kevin this summer at Sandy Cove for this kind of practical teaching!