Walt Wiley - Sandy Cove Ministries
We are a mask-friendly campus. Learn what that means for you.
Stay Connected
October 12-14, 2018 Men's Retreat 2018. 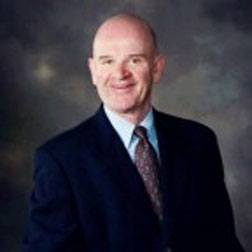 Tom has over forty years of pastoral ministry experience. He co-founded Eastpoint Community Church of Newark, Delaware with his son, Tom Jr. After serving there for eighteen years, he is now retired and is pastor emeritus.

Tom is co-founder, along with his wife, Gloria, of Partners in Ministry, where he has been serving as president for forty years. Partners has supplied millions of booklets, devotionals, and pamphlets for thousands of churches and individuals in the United States and several foreign countries.

In the 1970s, Tom and Gloria founded a church in Bridgewater, Massachusetts.

During their nineteen-year tenure there the church grew to an average attendance of 700. Tom has spoken extensively in local churches, conducting conferences on Family Life, Worship, and Church-growth. For several years he traveled and conducted a men’s ministry he founded called Life Builders. Tom also has led leadership conferences for pastors from all across the United States.

Tom and his wife, Gloria have been married for 48 years and have three remarkable children and four beautiful grandchildren.