The History of Sandy Cove Ministries

From Depression to Hope 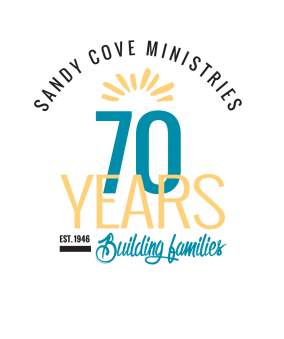 During the Great Depression of the 1930s, God provided an unusual opportunity for Dr. George Palmer, pastor of Haddon Heights Baptist Church in Haddon Heights, NJ, to host one of the earliest Christian radio broadcasts. During this time when businesses, banks, and government were failing, the daily Morning Cheer broadcast brought good news and hope. Dr. George Palmer's biblical teaching stressed God's omniscience and control, and the show's theme song reminded all that “Jesus Never Fails.”

The response was overwhelming and provided further ministry opportunity for this young visionary preacher in 1946. Property was acquired on the North East River in Cecil County, MD, for establishing a summer tent revival and camp meeting facility. Camps were built for children, numerous mission projects were accomplished around the world, and Sandy Cove Bible Conference was born.

Summer after summer, guests flocked to Sandy Cove to hear some of the most prominent speakers and preachers teach the Word of God and listened to inspiring concerts performed by top Christian musicians.

A new vision for Sandy Cove was cast with the addition of the majestic Chesapeake Lodge & Conference Center during the late 1980s which allowed for year-round ministry opportunities. This spacious facility continues to serve as a focal point of the ministry, offering comfort and hospitality to multitudes of men, women and children each year at one of many Sandy Cove programmed events or as part of a church retreat.

Throughout our history, there have been six presidents for Morning Cheer, Inc., now known as Sandy Cove Ministries: Dr. George Palmer, his son, Rev. Bob Palmer, Rev. Neil Fichthorn, Dr. Sandy Outlar, Rev. Mark P. Fisher, and Stephen J. Weaver. In those years, thousands have received Christ, grown in their spiritual life, been spurred on to full-time ministry, enjoyed meeting together, and experienced rejuvenation when vacationing with fellow Christians.

The Legacy of Godly Innovation

Some have said, to understand where you want to go, you must often look at where you’ve been. Sandy Cove is no exception. This ministry has been set on a foundation of biblical truth, built with stones of faith, and led by godly innovation.

The ministry of Dr. George Palmer and his family, created a legacy so rich and so deep that it should neither be forgotten nor ignored.

From 1950 – 2018, overnight youth camps were held on numerous properties, all dedicated to sharing the message of salvation through Jesus Christ and to helping young people develop a relationship with their Creator.

Since 2001, The Marsh Day Camp has been offering fun, challenges, excitement and opportunities for learning and spiritual growth to children in Sandy Cove Ministries’ local community.